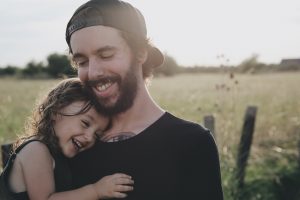 We recently won two separate funding bids for our Families Feeling Safe programmes based on Protective Behaviours and one was for Dads groups only. According to the bid specification ‘Research shows that engagement and attendance of Dads at courses specific to them are greater than mixed classes’. In my 26 years working with families this seems to be the case with the majority of the 31 dads attending telling us how much they have valued being with other dads, sharing their experiences and challenges.

“It’s been helpful interacting with other Dads; listening, talking, sharing experiences and supporting one another” 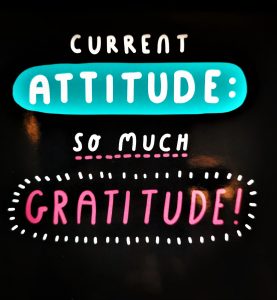 For most of the dads it had been the first time they had ever felt safe enough to talk about their feelings and that the group had become their network. I believe we still live in a society where the dominant unwritten rules tell boys and men to act tough, hold it all together, don’t show weakness, don’t talk about feelings and be in control. ‘Feeling in control’ is different to ‘being controlling’ affecting mental health and well-being. We do focus on feelings as they link to both thoughts and behaviour which are very much influenced by unwritten rules and beliefs affecting feelings of safety, talking and seeking help.

Many of the evaluations showed outcomes of Dads feeling more in control, taking a step back before reacting, being more involved and engaged with their children and making more time, talking with them more, helping their children open up about their feelings and worries resulting in a calmer home environment and improved communication and relationships.

“I’m stepping away when I am stressed and I am calmer around my son. His behaviour has improved I think from me being calmer. I’ve learned to talk and listen more”

Dads can self-refer or be referred and either way it can be a big deal coming to a group not knowing what to expect and feeling nervous. Our facilitators are highly skilled, experienced, understanding and respectful and can help. When Dads attend they are not expected to talk about personal stuff nor are they asked to, it’s their choice. It’s heart-warming to know when trust was built and Dads felt safe to talk a range of issues affecting themselves, partners, wives and their children were talked about including  bereavement, addictions, strong feelings that are difficult to manage, self-harming, depression and mental health, safety, autism. The Dads learnt new skills, strategies and approaches to use for themselves, their children and their families.

“This is one of the best courses I have ever done. It has made me realise how far removed I was from being a loving, caring father when I didn’t feel anything for myself. I learned to start caring for myself again, and in doing so, caring for those around me”